These ranks are only available on our 2x servers, vanilla ranks can be found here.

Players with VAC or game bans associated with non-Rust games will be banned until the 31st day of their most recent VAC/game ban. No Rust bans allowed. We do not allow players on our servers who have more than 2 VAC or game bans on any of their accounts. This rule applies not only to your main account, but also towards alt accounts, family share, or ANY associated account to the player in question.

Do not use any types of Hacks, Cheats, Scripts, Glitches, or Exploits (Building exploits allowed as long as player remains inside intended player area, ex. No glitching into ground or rocks. The use of third-party software or scripts to give yourself a competitive advantage over other players is not allowed. We have a ZERO tolerance policy for cheaters. Playing outside of the intended play zone (such as under the terrain or inside of rocks) will result in entities removed and or a ban. Certain exceptions to this rule may be made at staff discretion.

Any player that is currently banned on Vortex or game banned on Rust is not allowed to evade that ban by joining our servers on a different account (See VAC or Game Bans rule above). Players who attempt to evade their ban will receive a subsequent ban for the individual or the entire team depending on the circumstances. If you are banned create a ban appeal, do not hide from a ban as it will result in a permanent ban.

Teaming is NOT allowed on the group-limited servers. This includes having alliances. To be more specific, any time you are caught with more than the maximum allowed players either in your base, while you’re roaming, or in any other situation in which an admin deems that you have been teaming/alliancing, you WILL be banned. At Vortex, we define teaming as: Any situation in which a group of players obtains an advantage in the server by exceeding the maximum allowed team size whether it be resource gathering, PvP, protecting each other from raids, calling out enemy player locations, or any other situation in which an admin believes that an advantage has been gained by exceeding group limits. Please refer to the team swap rule listed below for swapping out players from your team. If you are unsure whether you are breaking this rule, please create a ticket and ask before you get in trouble. We are more than happy to answer any of your questions.

If you want to replace a teammate that is OK, however you can only do this 1 time per wipe and the process is as follows, first notify a staff member so we can keep record second remove all code locks, clear TC and remove old teammates bag, third replace all code locks and have new teammate auth on TC, type !swap in game for in game information.

We have absolutely zero tolerance for any form of racism or bigotry. You can do whatever you like in your day to day lives, but it will not be tolerated on our servers. Do not type it, do not write/draw on a sign, and do not say it in voice chat. Admins spectate constantly and if we see it, you will be subject to a mute and/or ban.

This is an online game and there will ALWAYS be trash talk going on. We get it. However, that does not mean you get to leave all your morals at the door. Use common sense and do not go after other players or admins with personal attacks. You will be muted and/or banned. Be a decent human being. We know this is Rust, but there is no need to be an all-around shitty person. No Real-Life Threats or Doxing allowed. Do not impersonate staff members. Impersonating staff in any capacity will result in an instant permanent ban.

You are responsible for knowing the rules. No excuses of, “I didn’t know!” will be accepted. Be mindful of who you team with. You are responsible for the actions of your fellow team members. No excuses of, “I was offline, I didn’t know”. By playing on our servers you are consenting to our rules and understand the consequences for not following them. By playing on servers owned by Vortex, you agree to the that are listed below. Rules are subject to change, please refer to the discord for the most current rules! Vortex Rust reserves the right to refuse access to any user for any reason! Ban appeals can be completed in the #Mute-Ban-Appeals channel in our discord. Vortex admins will interpret these rules if there is ambiguity as to how it applies to your situation. 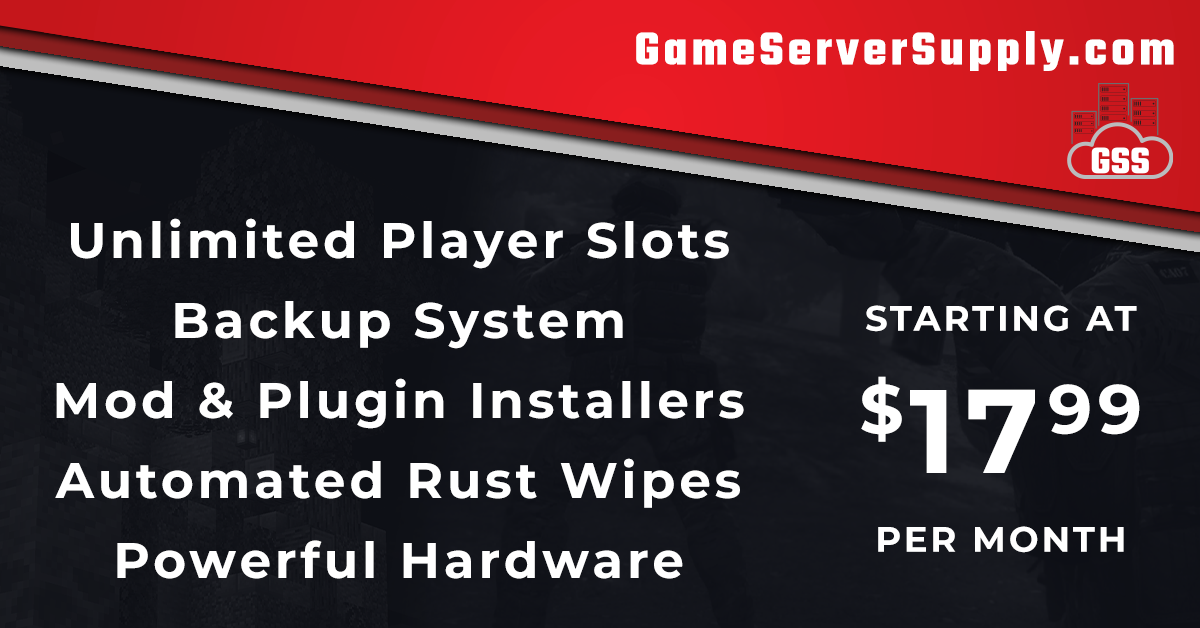